This season Style Fashion Week will be remembered by introducing to LA one of the most talented and ambitious designers. One of them is Christina Milian with her new lineup called Pop Gang 101 for We Are Pop Culture inspired by the legendary singer/actress. The collection is all about sexy, but comfy street style jeans, jogger pants, t-shirts, sports bras and bottoms ready to wear for everyday occasion. Christina’s daughter Violet Madison Nash debuted on the runway that night. We talked to Christina about the clothing line and her successful career.

SK: Would you introduce this little princess to us?

Christina Milian: This is my daughter, tonight was her first time on the runway, as you can see she is a diva but she is tired for now.

SK: We are not going to take a lot of your time. Tonight show presented by We Are Pop Culture was all about pop culture. What does pop culture mean to you?

Christina Milian: Pop culture is what considered popular to us, you know, everybody has its own version of pop culture: music, fashion, everything. For me, pop culture is about expressing yourself, feeling confident, living your life and being happy.

SK: What’s next for you?

Christina Milian: I have two TV shows, one is called “Grandfathered” on FOX and the other one is “Christina Millian Turned Up” on E!, and they are gonna be both on Tuesdays, and also I have new music coming out, a new video with Lil Wayne called “Do it”. 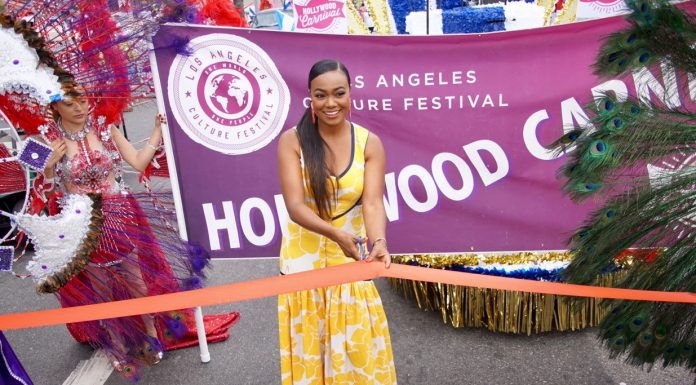