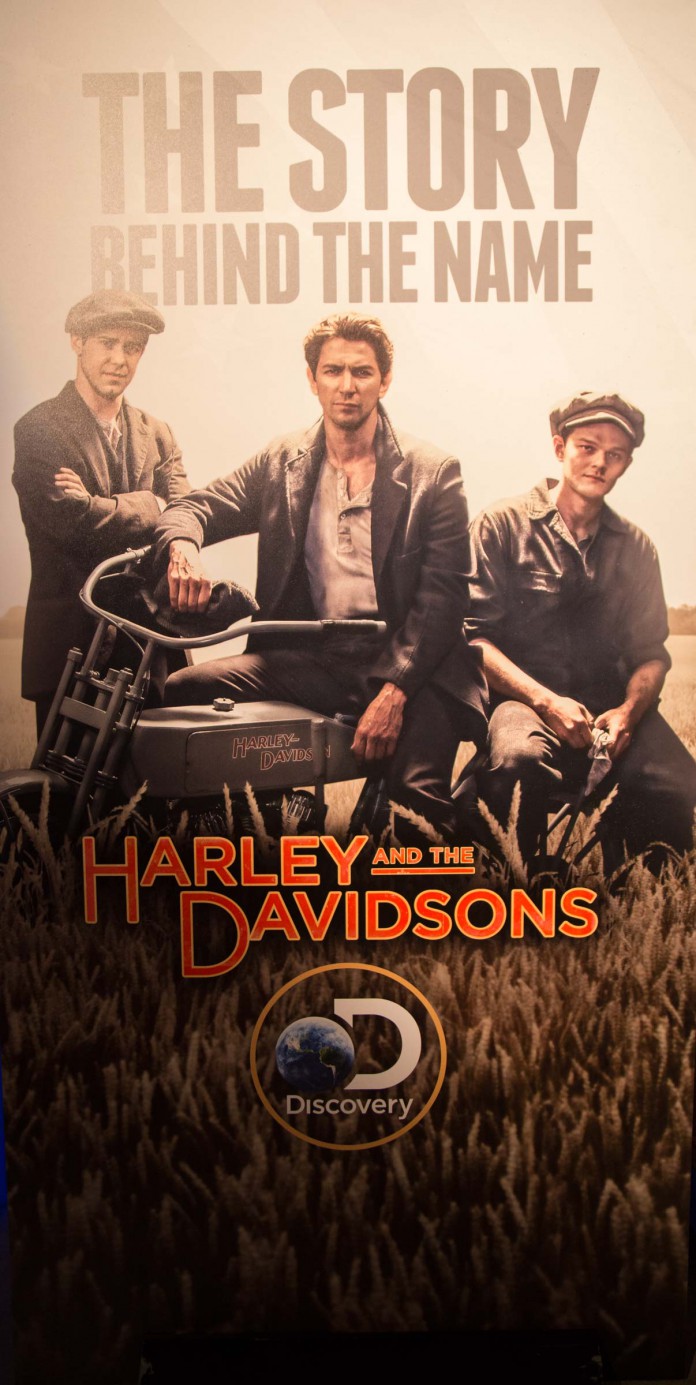 What happens when two stars of Game of Thrones Michiel Huisman and Robert Aramayo portray the founders of the legendary Harley-Davidson company? Watch out for Discovery Channel presenting its new mini-series Harley and The Davidsons that will air on September 5th. Based on a true story, the show charts the birth of the iconic bike.

On August 1st producers and talent arrived to the star studded red carpet to celebrate the upcoming TV mini-series.

Michiel Huisman who plays Walter Davidson in the 1st episode revealed to HGM that the story of Harley-Davidson company’s success is “cool and surprising. You see Harley and the Davidsons’ passion any time. Actually, it’s been one of a few motorcycle runs that’s been around for all those years and started with a couple guys that were just desperately trying to fit in engine on a bicycle frame. I loved telling the story”.

Harley and the Davidsons star Robert Aramayo mentioned he was happy to work with such a great cast. He said that he liked the fact of having an opportunity to collaborate with fellow talented actors which helped him to grow and learn.

Also, actor Gabriel Luna who portrays famous motorcycle racer Eddie “Texas Cyclone” Hasha shared the thoughts on his character with HGM: “Eddie was a bicycle champion who became a motorcycle champion. He is a very special guy, he is half Mexican, half Scottish from Texas, and I was proud to portray him”.

The event ended up with the amazing after party where guests and talent enjoyed complimentary food and drinks as well as an opportunity to try VR headset and have fun with virtual reality race from the TV series.

Don’t forget to watch the first episode and learn more about Harley-Davidson development, as it became one of the most recognized symbols of American culture.