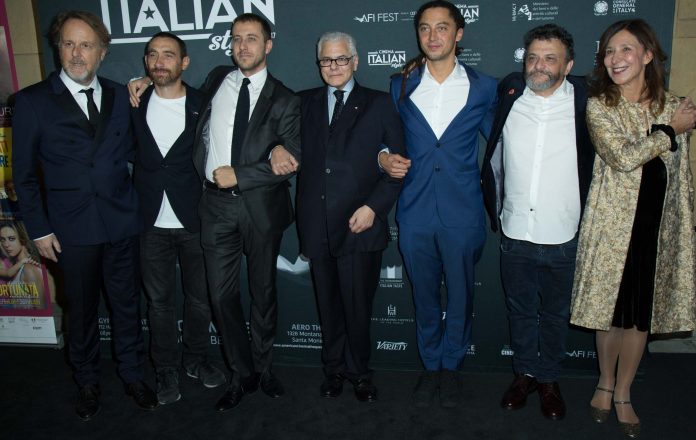 _ Before defining art – or any concept – we must answer a far broader question: what’s the meaning of man’s life on Earth?”

Italian movie directors the Manetti Brothers presented their film called Love and Bullets. The movie is a musical and a crime movie at the same time with the actors singing while they are shooting. The movie directors worked with a big crew. It was very difficult to cast because they had a lot of actors they tried as singers and a lot of singers they tried as actors. The movie was shown at the Aero Theatre in Santa Monica.

Movie director Andrea De Sica presented his thriller Children Of The Night about an Italian school in the Alps where “children are separated from the rest of civilization”. It was Andrea’s first time at the festival. He already showed his movie in Europe and Asia.

Actor and director Claudio Santamaria presented his short movie called The Millionairs based on a graphic novel. It was difficult but stimulating for him to direct the film.

The festival’s honoree Sarah Gadon was excited to receive the keys. She talked about the important role of independent filmmaking in her career.

The festival’s last day was marked with the screening of Holding Hands (director Gianni Amelio).

The Cinema Italian Style took place on November 16-21. The films were shown at the EGYPTIAN and AERO theatres.