Marseille, France ~ November 10, 2015. After her much acclaimed showing at LA Fashion Week, Lulu et Gigi Creative Director and Head Designer, Eni Hegedus-Buiron is pulling out all the stops in her most elegant and sophisticated collection to date, that is inspired by the Romanov family of Imperial Russia.

Hegedus-Buiron and her much anticipated collection will be featured in FTL MODA at New York Fashion week, at the Angel Orensanz Foundation Building.
Documenting the collection will be internationally acclaimed photographer/videographer, Alvin Toro. Who will be interviewing the designer, as well as the emerging international models who will be showcasing her spectacular designs.

Published this spring in Vogue Italia, and hailed by style fashion week “as the most impressive children’s showcase to date”, Hegedus-Buiron pushes the boundaries and redefines what children’s couture is. “We take the finest textiles, create clean, chic silhouettes and turn that blank canvas into wearable art” says the creative director of Lulu et Gigi. We have been greatly inspired by Imperial Russia and their winters; glistening snow, ancient architecture, and of course, the era play a huge role in what we have envision for this collection. It will be more feminine, more dainty, and something rather unexpected from Lulu et Gigi.”
As always beadwork, 3D florals, crystals, cording and hand embroidery continue in this collection. “ We want to embody the whimsical side of Imperial Russia’s Royalty; to somehow capture the beauty of the Romanov girls, their personalities and the deep mystical winters that Russia is known for”. “We make magic with our couture” continues Hegedus-Buiron “we transport the children who wear our garments to another place and time, our couture inspires them to get in touch with the greatness that lies within, to embrace their uniqueness. We make clothing as unique as the children who wear them” finishes Hegedus-Buiron “Lulu et Gigi will, continue to inspire children with their belief that STRONG IS BEAUTIFUL, in hopes that they learn beauty lies within and comes from a place of strength”.

Eni Hegedus-Buiron is a renowned designer and couturier based in France. She has lived and worked all over the world. 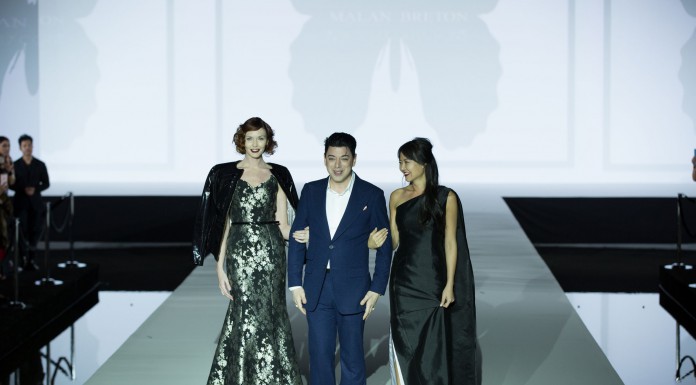