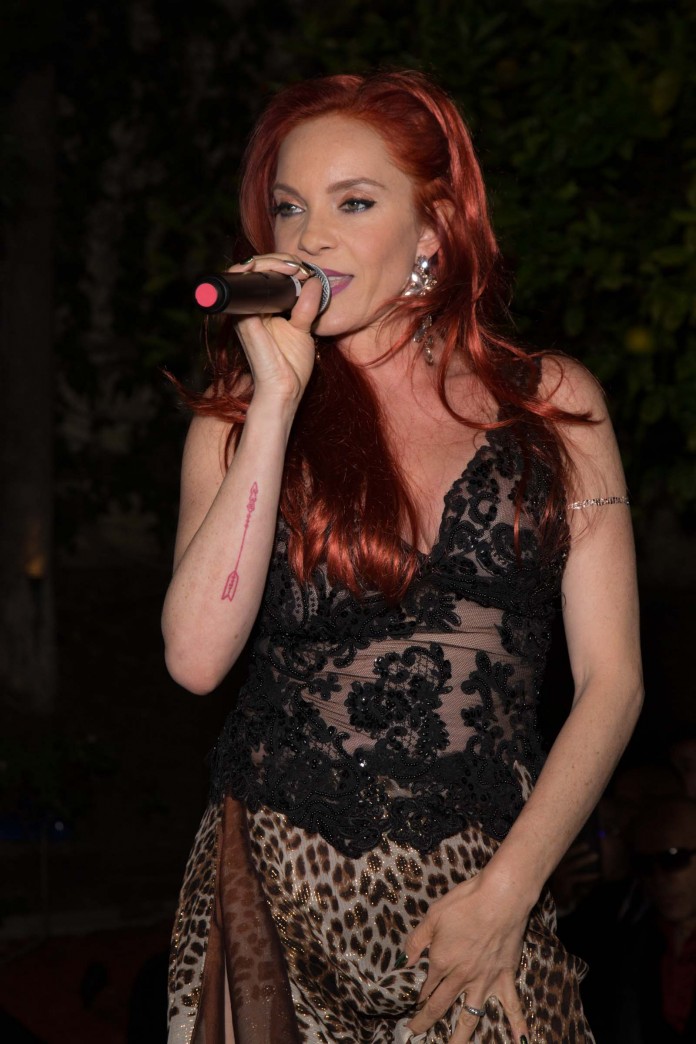 “I am starring in action/comedy called Social Security. Starring myself, Denny Trejo with director Craig Moss. I am super excited. I am playing a low-level criminal”, – shared actor Jeffrey Decker.

Designers Antonella A Commatteo and Lisseth Corrao presented their beautiful collections later that night. Gorgeous models were wearing elegant dresses as they stepped on the runway. They looked beautiful thanks to the whole team of incredibly talented hairstylists and makeup artists.

Singers, musicians and dancers entertained the guests all night long. Everyone enjoyed the performances of Heather LaRose, Julius Cowdrey, and Carmit Bachar (the former Pussycat Dolls) who later received an award.

“The weather is beautiful, it’s a great spot”, – said singer/songwriter Julius Cowdrey about the event. He also told HGM his “next single will be released in a few weeks”. The singer’s new song was inspired by his ex-girlfriend.