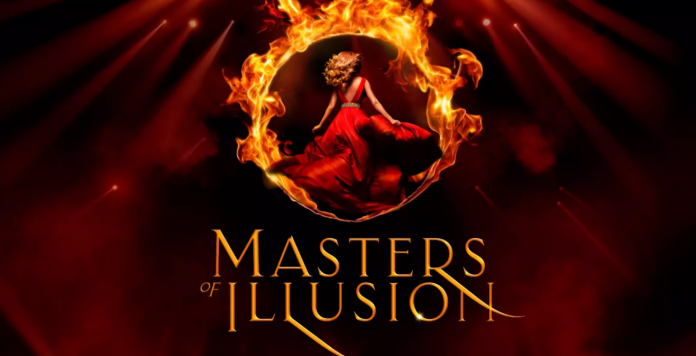 HOSTED BY DEAN CAIN, THE SERIES RETURNS FRIDAY, JUNE 30 WITH
TWO 30-MINUTE EPISODES AIRING BACK TO BACK, STARTING AT 8/7C

MASTERS OF ILLUSION, produced by Associated Television International and hosted by Dean Cain, will return for a fourth season on The CW with two 30-minute episodes airing back to back on Friday, June 30, 2017 at
8:00 p.m./7:00 p.m. Central.

The new season of the fast-paced 30-minute episodes will feature 36 of the world’s greatest magicians, including many new performers, more Close-Up magic, lots of audience participation and interactive magic involving modern technology.

The roster of award-winning magicians from around the world appearing in Season Four of Masters of Illusion is a virtual who’s who in the field of magic.

Associated Television International (ATI) is an Emmy Award-winning company that has been the world’s largest producer of magic for both stage and screen for over three decades.  ATI’s television series, specials and feature films have aired on all U.S. broadcast networks, major cable channels and with television partners all over the world.  Current series in production include:  “The Hollywood Christmas Parade,” “Masters of Illusion,” “Robert Earl’s Be My Guest,” and the Emmy Award-nominated “Laura McKenzie’s Traveler.”  ATI has also been Emmy Award-nominated for its various television specials and series.  For more information, please visit www.associatedtelevision.com