The International Academy of Web Television is dedicated to the advancement of the arts and sciences of digital entertainment as well as furthering the common good and general welfare of industry professionals.

Hollywood, California – The International Academy of Web Television will host its 5th IAWTV Awards at a gala celebration honoring the best in streaming series starting at 7 p.m. on October 4, 2017, in the Ahmanson Ballroom at the Skirball Cultural Center in Los Angeles. Red Carpet will start at 5 p.m.

The IAWTV (www.iawtv.org), now a division of The Caucus for Producers, Writers and Directors (www.caucus.org), will recognize the finest creators, cast and crew of web series from around the world. The IAWTV Awards 2017 returns the ceremony to its original Los Angeles base after being produced for several years in Las Vegas in conjunction with conferences such as CES and NAB.

Open to IAWTV members and non-members through the festival submission site FilmFreeway (www.filmfreeway.com), the show itself will recognize the contributions of creative professionals in 30 separate categories that run the gamut of genres and crew positions. The entire ceremony will be streamed live online. Former hosts for the show include Emmy-winners Chris Hardwick and Carrie Preston; and Tony-winner and SAG Award-winner Roger Bart. The IAWTV will announce its 2017 host soon.

The Caucus Co-Chairs, Tanya Hart and Robert Papazian, expressed their delight at the international platform that the IAWTV Awards represents.

“We at The Caucus for Producers, Writers and Directors are extremely proud and excited to have the IAWTV as a new division of The Caucus. Their awards ceremony will be an enormous celebration of the creative digital content providers in the world of entertainment.”

IAWTV Chairman and Executive Board Member of The Caucus, Tina Cesa Ward, agrees. Her goal this year has been to return the awards show to Los Angeles while maintaining its prestige and international reach.

“We feel that the IAWTV Awards offers independent television creators the chance to be celebrated for their efforts on a global platform,” said Ward. “It’s a great way to get the word out about the deserving shows people are creating from around the world.”

Ward, an award-winning writer/director and a seasoned veteran of independent television, has worked on more than four digital series, including IAWTV Award-winner (Best Directing in a Drama) “Anyone But Me,” a series that has garnered more than 50 million views and was the first Writers Guild of America winner for Original New Media.

The Caucus mission is “leading the evolution of television by providing a creative forum for Producers, Writers & Directors to explore the issues of the ever-changing landscape of content and exhibition.” The IAWTV Awards supports this mission by rewarding shows that expand the boundaries of independent television. 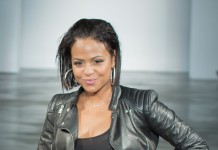 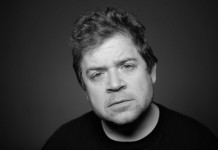 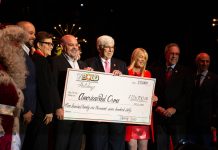 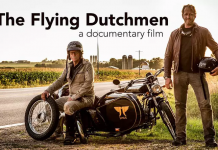