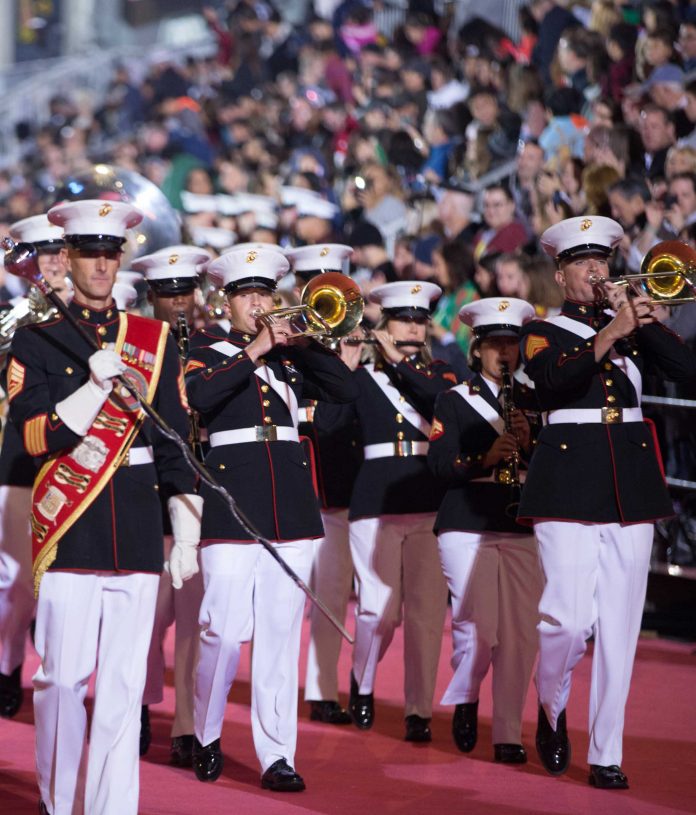 Celebrities, Santa Claus and special guests came together to celebrate Christmas with style.

The parade was hosted by CHiPs star Erik Estrada, TV host Laura McKenzie, actor Dean Cain and television personality Montel Williams, with special co-hosts Elizabeth Stanton and Garrett Clayton, and Dr. Oz (The Dr. Oz Show) serving as the Grand Marshal. “Every year we have more balloons, more music, more horses,” – said Laura McKenzie about the event. Every Christmas Eve Erik Estrada goes to Laura’s house, and the next day they all meet in a restaurant, and the next day they go on vacation together.

The event included the red carpet (closed to public) and live musical performances that took place right on Hollywood Boulevard.

Thousands of people enjoyed watching the live parade and the musical performances later that night. The event benefited The Marine Toys For Tots Foundation.

According to the official source, The parade will premiere as a two-hour special on The CW Network on December 15 at 8:00 p.m. ET / PT, repeating on the Hallmark Channel on (date to be announced).

It will also air on American Forces Network.