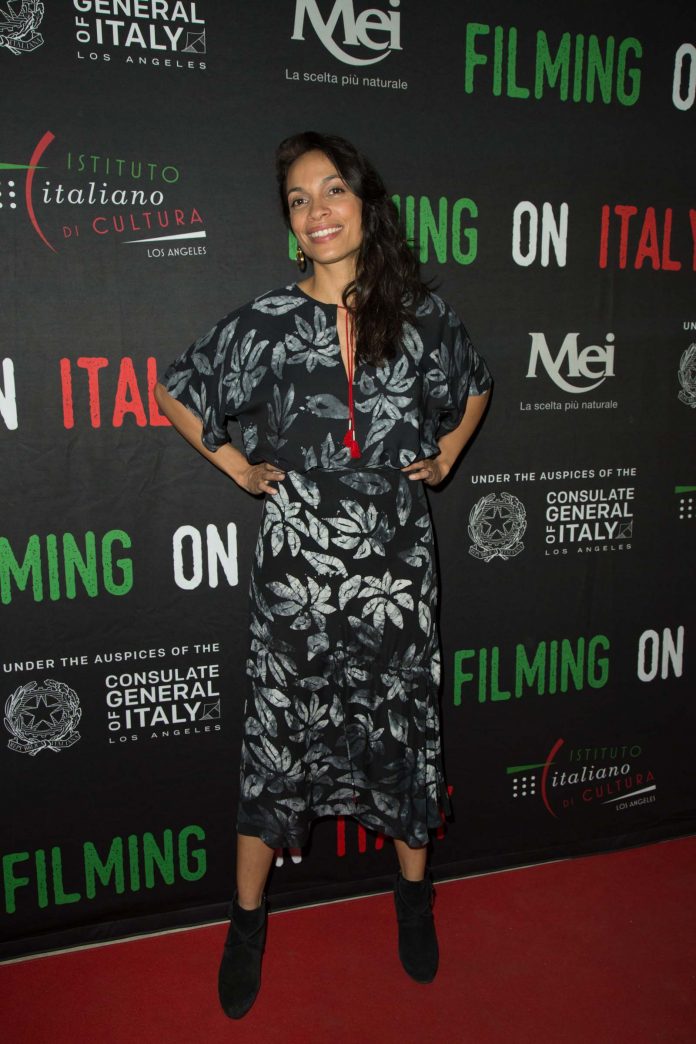 On February 2nd actress Rosario Dawson and Studio 189 co-founder Abrima Erwiah were honored with the Social Justice Filming In Italy award. The event took place during the Closing Night of Filming In Italy Film Festival. The actress was invited by Tiziana Rocca, the director, producer and organizer of the festival. Other attendees included Italian Institute of Culture Los Angeles director Valeria Rumori and the Consul General of Italy in Los Angeles Antonio Verde.

The actress mentioned that Tiziana who “has been an incredible support of us over the years” recommended them to come and be awarded for their work with Studio 189.

She also mentioned it was wonderful to be so connected to Italy over so many different years.

“We have started the company together making clothes”, – said the actress about her collaboration.

All attendees and VIP guests had a chance to enjoy the movies shown later that night.

Filming on Italy is produced and organized by Agnus Dei Tiziana Rocca with Italian Institute of Culture Los Angeles, with the patronage of Italian Consul General of Los Angeles, the support of the Cinema Direction MiBACT, ICE Los Angeles, ANICA.