WHO:
Officiating at the Kol Nidre and Yom Kippur Services:

Performers and Service Readers for High Holy Day Services Include:

The High Holy Day Services will include:

Kol Nidre Service Highlights (The Eve of Yom Kippur) on Tuesday evening, September 18th, starting at 8:00 p.m. will include:

Yom Kippur Service Highlights on Wednesday, September 19th, starting at 10:00 a.m. will include:

HOW:
High Holy Day Tickets start at $400.  Young Adult memberships for ages 18 to 40 are available for a donation of $150.  Children’s services, led by Karen Abrams, will be held on the morning of Yom Kippur on Wednesday, September 19th at 10:30 a.m.  This year the temple has partnered with Lyft to provide free transportation to and from the Saban Theatre for the temple’s Sustaining Members.  For more information about tickets and Lyft services, please call the temple at 323-658-9100 or log on to www.bhtota.org <http://www.bhtota.org>

MORE INFO:
Rabbi Baronsaid, “All of my guests have incredible personal stories that exemplify the fragility of life and the strength of the human spirit which has been carried out in their respective lives through their acts of courageous deeds and humane kindness, all while bringing awareness and shedding light on subjects which need to be discussed globally.  These are all inspirational and motivational messages we need to hear.”

The City of Beverly Hills has waived parking restrictions on both sides of Hamilton Drive, Gale and Tower, between Wilshire Boulevard and Gregory Way, and between Hamilton and La Cienega on the north side of the street.  This will also apply to Hamilton, north of Wilshire. High Holy Day guests may not park in red or yellow zones or disable spaces without the proper placard.  Parking Enforcement will waive permit parking restrictions and timed parking restrictions.  Metered spaces are not exempt. Additional parking is available at numerous lots and garages in close proximity to the Saban Theatre.  Fees vary.

MEDIA:
Members of the media will be invited to interview and photograph Rabbi David Baron and his special guests from 7:00 – 8:00 p.m., prior to the beginning of the service on the Eve of Yom Kippur (Kol Nidre) on Tuesday, September 18, 2018 and on Yom Kippur on Wednesday, September 19, 2018 from 9:00 – 10:00 a.m., and during the day.  Media are also welcome to cover the entire services both days.  Please contact STEVE MOYER PUBLIC RELATIONS at 818.337.9987 or e-mail moyerpr@earthlink.net to arrange press credentials.

DJ Diplo was just announced as the official DJ for the... 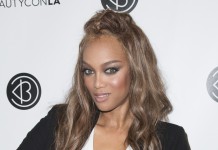 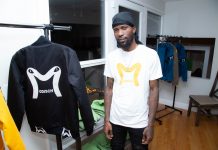 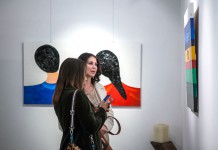