The Annual City Summit & Gala Brings Together Experts, Business Moguls and Philanthropists to Network and Learn Keys to Success .

“I’m grateful to organizations like the City Summit for highlighting professionals and providing awareness and support to entrepreneurs that want to help solve today’s challenges,” said Farrell.

“Mr. Farrell has overcome monstrous amounts of adversity in his personal life and professional career,” said Long. “Overcoming adversity is the common thread that ties together anyone that wants to consistently stay on the path of success. We are excited to give him our Inspiration award at the upcoming City Summit & Gala.”

To register for attendance at The 4th Annual City Summit & Gala, visit www.CitySummit.co/annual.

A native of Ireland, Colin Farrell continues to turn heads in Hollywood. He was recently seen in Yargos Lanthimos’ “The Lobster,” starring opposite Rachel Weisz, about a dystopian future where single people must find a partner in 45 days or get turned into an animal. The film won the Jury Prize at the 68th Cannes Film Festival and was nominated for a 2016 BAFTA. He was also nominated for “Best Performance by an Actor in a Motion Picture, Musical or Comedy” at the 2017 Golden Globe Awards, “Best Actor” at the 2015 British Independent Film Awards and “Best European Actor” at the 2015 European Film Awards for his role in the film. He has reteamed with Yargos for the “Killing of a Sacred Deer” opposite Nicole Kidman for A24. The film premiered at the 2017 Cannes Film festival along with Sofia Coppola’s “The Beguiled,” a remake of the 1971 Clint Eastwood film, starring Farrell, Elle Fanning, Kristen Dunst and Nicole Kidman. In November 2017, he starred opposite Denzel Washington in the Sony film “Roman Isreal, Esq.,” written and directed by Dan Gilroy.

He can next be seen in Fox’s “Widows,” directed by Steve McQueen, which will premiere at the 2018 Toronto Film Festival. In March 2019, he can be seen in the live action film “Dumbo,” directed by Tim Burton.

In 2009, Farrell won a Golden Globe for his role in Martin McDonagh’s “In Bruges” and re-teamed with McDonagh in 2012 for “Seven Psychopaths.” Other past work includes “Fantastic Beasts and Where to Find Them”; “Miss Julie”; “Saving Mr. Banks”; “Winter’s Tale”; “Dead Man Down”; “Total Recall”; Peter Weir’s “The Way Back”; “London Boulevard”; “Fright Night”; the Warner Bros. comedy “Horrible Bosses”;  and “Ondine.” His other films include Gavin O’Conner’s “Pride and Glory”; “Miami Vice”; Oliver Stone’s “Alexander”; Terrence Malick’s “The New World”;  “Ask the Dust”; “The Recruit”; “A Home at the End of the World,” based on the Michael Cunningham novel; and two roles in Joel Schumacher’s films “Phone Booth” and “Tigerland.” Other film credits include “Minority Report,” “Daredevil,” “American Outlaws,” “SWAT” and “Intermission.” In 2015, he made his TV debut in the second season of HBO’s “True Detective.”

Born and raised in Castleknock in the Republic of Ireland, Colin attending the Gaity School of Drama in Dublin. Before completing his course, Colin landed a starring role in Dierde Purcell’s miniseries “Falling for a Dancer” and a starring role in the BBC series “Ballykissangel.” A featured role in Tim Roth’s directorial debut “The War Zone” followed soon after.

Ryan Long is a social entrepreneur whose mission is to educate, network and inspire philanthropists. He is the founder of the City Summit – a world-class business acceleration summit that takes place during the weekend of the Academy Awards. Long is also the founder of the City Gala, a fundraiser event for Global Unity Foundation, that takes place after the Academy Awards.

Global Unity Foundation’s mission is to unite the world through humanitarian efforts by working with governments, influential individuals and organizations to support feeding and housing those in need, advancement of health and wellness, the creation of economic sustainability and the promotion of universal quality education. 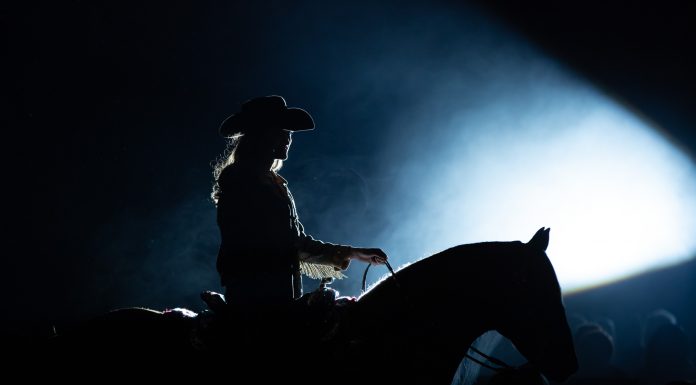