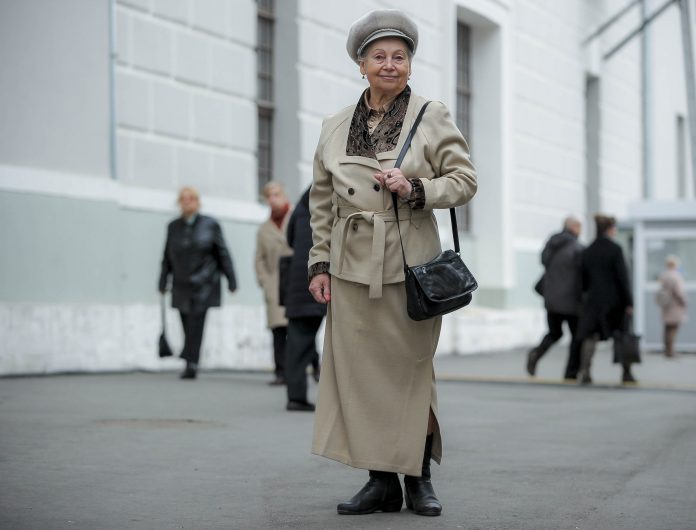 On May 9th Russia celebrates one of its biggest events – Victory Day. It marks the day when The Soviet Union won the World War II. Russians traditionally honor the veterans and all those who witnessed the War.

Who says there is no such thing as Russian fashion for seniors? Numerous fashion designers showed their collections of stylish and affordable pieces for citizens 55+ during the Aging In Style festival. Some Russian celebs attended the event and enjoyed the fashion shows.

Check out the Street Style looks below: