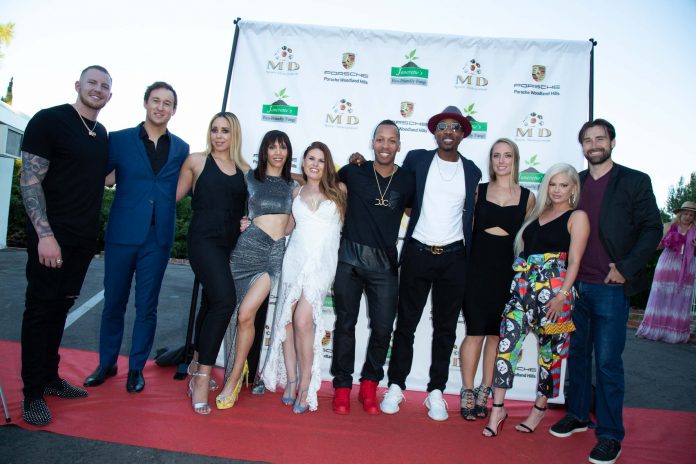 The iTalk launch red-carpet event took place at historical Frank Sinatra mansion in Woodland Hills.  The celebrities in attendance shared their thoughts on iTalk’s debut in Los Angeles and discussed their stories of success.

Dozie Mbonu, CEO Janerette’s Eco-Friendly Fungi, mentioned that night: “I am one of feature sponsors with Porsche. Tonight, I will be talking about achieving dreams”. His dreams definitely came true after eighteen years of successful career in sports and starting his own biotech company in agriculture industry.

Actor Sean Stone, son of the famous filmmaker Oliver Stone, shared with HGM: “I am here to speak about consciousness and how to practice integrity and be more responsible”. He talked about American history and how to change mentality of conquerors and show to others more integrity and compassion.

International DJ Casper, iTalk Founder and Music Director, talked to HGM about the new project: “The ITalk platform is designed to give leadership a different mindset, in a different area: giving people knowledge or going to a party – we put them all together. ” From party environment to great networking – the new platform unites young leaders together to share their stories and experience.

“Happy to be here. ITalk is a combination of music, speaking and fun”, said actress/publicist and host of the event Jessica Ross. You can follow her on Instagram @jessicarossofficial.

Another host and celebrity stylist and Reality TV star Ali Levine shared her story of success of going  from a well-recognized stylist to a happy mom. She suffered and sacrificed a lot for her newborn. She had a 42-hr labor but always believed in herself and survived “real and raw”, as she said. Her speech was very motivational for everyone.

Later that night guests were informed about the recent loss in DJ Casper’s family. HGM magazine would like to express sincere condolences to him and his family during this difficult time.