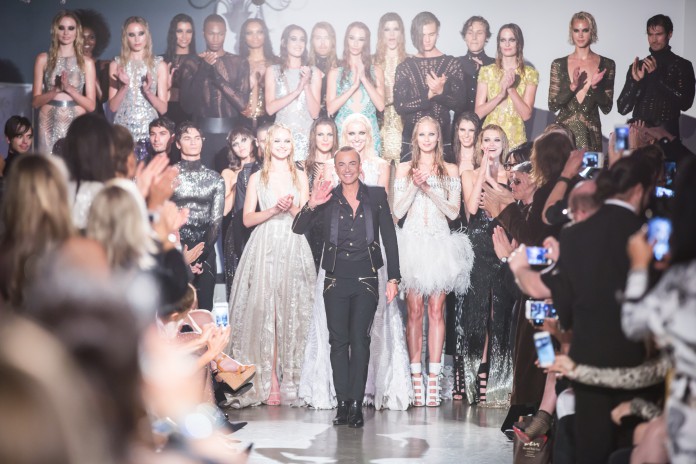 BritWeek in association with the UK Government took place in Los Angeles from April 27th to May 8th. There were several great events dedicated to celebrating “Axis Of Innovation” between Britain and California.  Some of the guests got lucky to attend star studded red carpet and fashion shows organized in the legendary UNICI CASA event space. The owners and hosts Michael R. Foroutan and his beautiful wife Kathy Zahedi-Foroutan invited British actors, models and other celebs to enjoy two of their events: Designer Of The Year Fashion Show Honoring  Julien Macdonald (May 5th) and the event BRIT featuring the iconic British designer Zandra Rhodes (May 7th).

Celebrity designer Julien Macdonald is well known for being discovered by guru Karl Lagerfeld and working for Chanel several years ago. He later succeeded Alexander McQueen as a chief designer at Givenchy. Today he promotes his own label and makes collections that can blow your mind. Check more information at http://www.julienmacdonald.com

Both Zandra and Julien made a huge success showing their collections on a mini runway at Unici Casa.

More information about Unici Casa is available at http://unicicasa.com