Moschino and Tyler, The Creator Rock The Runway at Made L.A. Fashion 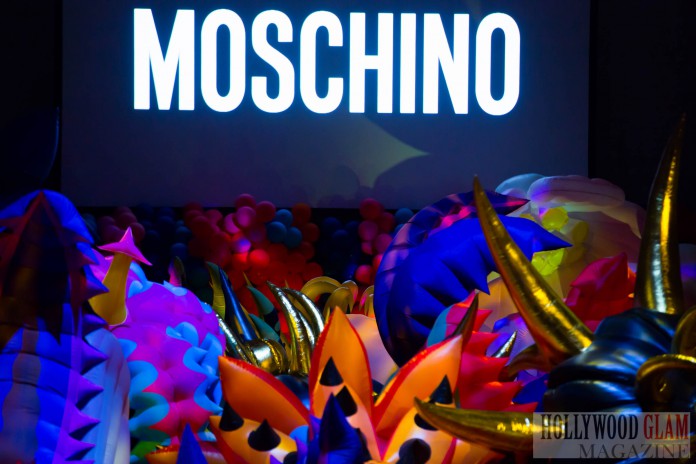 Since Made has been already known by launching its shows in New York, this time it debuted in Los Angeles making the whole City talking about it as one of the most expected events of the year. The two day venue was marked by Moschino and Tyler, The Creator collections shown at the legendary LA LIVE Deck. Famous Creative Director of Moschino Jeremy Scott presented his Men’s Spring 2017 and Women’s Resort 2017 collections during the opening night of Made LA.  Famous singer Katy Perry, TV personality Caitlyn Jenner, model and actress Amber Rose, singer and TV personality Christina Milian, famous European musician and model Stromae and other celebs attended the show to watch Victoria’s Secret best models Alessandra Ambrósio and Miranda Kerr walking the fancy runway decorated with balloons and inflatable stars and flowers that would remind you about summer pool parties. Cindy Crawford took the whole family with her to support the 16 year old Presley Gerber who made his model debut on the runway. Another celebrity, Gigi Hadid was excited to see her brother Anwar wearing the Moschino clothing on the stage. The collection could be described as celebration of bright colors and modern style cuts Jeremy Scott is so famous for. Hawaiian motives, umbrella hats and big hats with floral prints, bags and totes rich in details made this line truly unique. The show ended up with the after party where fashion bloggers had a chance to talk to the designer and make selfies.

The very next day was also full of surprises. Inspiring designer and hip hop artist Tyler, The Creator made a runway debut of his clothing line called Golf Wang. Kanye West and Kendall Jenner showed up to support the young talent.

The spectacular runway show started with the designer appearing on the stage decorated as a nice teen room. Tyler wakes up, puts on his signature clothes and gets ready to have some fun. The next moment we see teen models riding bikes and skateboarding right on the stage framed with big flowers.

The collection shown was dedicated to young people who wear every day simple but stylish clothes by Tyler, The Creator.  At the end of the show the designer gave a speech about a tough childhood and big recognition of his fashion style later in his life. He also made the audience happy by letting them know how to obtain pieces of Golf Wang right after the show.

Made LA ended up with another big thing to watch out: over 30 designers presented their lines during the two-day market Stores event.