The evening featured a breathtaking Fashion show, Award Ceremony, talented performers and the Red Carpet packed with dignitaries, celebrities, artists, Men in uniform and more. The event was held on July 29, 2016 at the Cerritos Sheraton Hotel presenting the 7th Annual Honoring Men and Women in Uniform, AWARDS BANQUET and Fund Raising for The Orlando Victims. The US-GLOBAL BUSINESS FORUM (USGBF), Friends of the South Asian American Communities (FOSAAC), Los Angeles County Sheriff’s Indo-American Advisory Council (LACSIAAC), We Care for the World (WCW), The Shah Foundation (SF), and Samira’s Network (SNW) were among the organizations and charities represented during the event.

The special event was attended by the US Global Business Forum sponsors, close friends, collaborators, and entertainment luminaries, such as actors, musicians and philanthropists. Samira’s Network Team and their sponsors also joined accomplished visionaries from the glamorous worlds of Fashion, Film, Art, Architecture, Music, and Photography in celebrating this amazing day Honoring Men and Woman in Uniform.

On behalf of the City of Los Angeles and the Chief Guest and the Honoree of the US Global business was CHIEF GUEST Jim McDonnell, Los Angeles County Sheriff. On December 1, 2014, Jim McDonnell took the oath of office and was sworn in as the 32nd Sheriff of Los Angeles County. Sheriff McDonnell is a Boston native who grew up in a working class neighborhood a stone’s throw from Fenway Park.  He came to Los Angeles over three decades ago with little more than a dream to be part of protecting and serving the public. He was born to immigrant parents who instilled in him the values that have served as the guideposts throughout his life: hard work, integrity and treating all people with respect.

The mission for USGBF Mission is a platform established by the founding leaders of the American Communities in the US with the objective of promoting peace and prosperity through trade, commerce, investments and joint ventures between the various continents with the focus on the US and the entire global community. USGBF strives to bring together business leaders, diplomats, governments, trade and development organizations onto one platform by organizing trade and investment fairs and exhibitions in various locations across the globe by initiating multilateral visits to various countries to facilitate new investments, ventures, and trade. Its main purpose is to promote international peace and mutual prosperity by encouraging improved relationships between businesses, governments, and other non-governmental public benefit organizations that will facilitate a greater exchange of education, culture, trade, investment, and development, thereby helping to establish common interests, common ground, and common bonds. The idea is to encourage cooperation between national and international organizations and to promote the exchange of expertise and experience in all fields of interest, and those of positive and constructive endeavors to improve the lives of people.

Samira Kazemeni is the host and the producer of the Samira’s Network, an award winning International TV Show.  Samira is also a crowned beauty queen and a Jewelry Designer and CEO of Samira Gem Creations. Samira’s Network airs Every Friday on KSCI channel 18 at 12:30 AM after midnight which is viewed on the local public channel to over 7 million people.

The special celebratory evening, the quintessential statement of haute glamour, featured a Fashion Show by Noell Store listed among the Los Angeles Times “Treasures of LA,” that carry the largest collection of ladies evening and cocktail attire on the West Coast. Their exclusive selection includes gorgeous dresses for all occasions: gowns, cocktail dresses, mother of the bride, prom and pageant Jewelry by Samira accentuated some of the dramatic looks.

Among The sponsors were 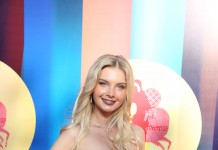 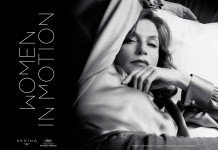 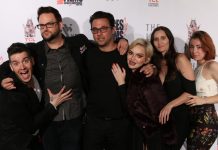 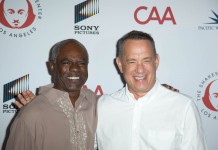