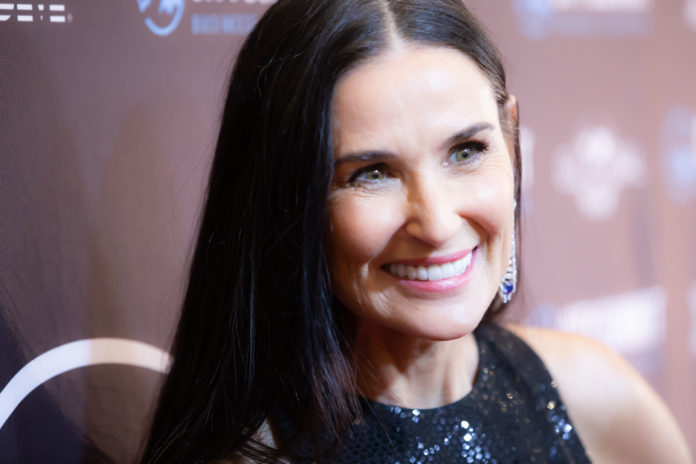 Famous actress Demi Moore was all smiles as she attended the City Gala red carpet during the Oscars night. As everyone was celebrating the South Korean triumph of Parasite during the biggest Hollywood event, countless stars were going from one Oscar party to another to enjoy the night. This year awards season was marked by the performance of Billie Eilish, Brad Pitt’s speech and great success of Korean filmmaker Bong Joon-ho who became the first South Korean to win Oscars Best Director award and the first one to win International Film award. Now we can say it’s much more than the 38th parallel north to remember.   It reminded me how famous Soviet filmmaker Sergei Bondarchuk received the very first Oscar award about 50 years ago.

Demi was wearing an elegant black dress and beautiful earrings. She was presented Inspiration Award later that night. She discussed her new book Inside Out during the VIP dinner. Check out our video to learn more about it: