On Saturday October 22, the Starlight Children’s Foundation presented their annual Dream Halloween event in downtown Los Angeles. Over 600 children from local hospitals as well as many celebrities attended the event and came out to raise awareness for the charity.  Many of the celebrities on the red carpet were children themselves and came out to make the event even better for the kids who attended. This event is definitely a treat for children who had a great party and enjoyed themselves for the evening.  And with all the bright faces and amazing costumes, it also is a great place to note fashion trends this Halloween.

Since the event was a costume party, many chose to show off their favorite Halloween costumes on the red carpet.  One of the first to arrive was Madisyn Shipman of Nickelodeon’s Game Shakers series.  She was throwing it back with an original ET inspired costume.  When I asked her about it she explained that her father and she had made it the night before because she felt like costumes were always better handmade.  A few of the other celebrities were also sporting handmade costumes.  One was Tiffany Espensen of Spiderman who wore this fun and colorful dress.  She described her costume as “a whimsical circus performer” and told me that her mother had sewed the costume for her.  Handmade is definitely the trend this Halloween.  Another original idea was from Luna Blaise of Fresh Off The Boat.  When I asked about her trendy costume she excitedly answered, “I’m not sure what I am supposed to be!” Then she explained she found her red choker at Topshop and decided that she must have gotten killed because she was bleeding from the neck.  Another fashionable star who showed off her handpicked costume was Aubrey Miller of Just Add Magic.  The fifteen-year-old described her costume as a hipster skeleton and said, “I thought it would be a fun take on a traditional skeleton outfit.”  One of the most popular costumes for boys was the Willie Wonka and we saw many different takes on it from the young stars.

The entertainment for the night also arrived on the red carpet in style.  The trending new band, The Leftover Cuties, showed up in their signature retro style with feather boas and fun accessories.  I also interviewed Chris Helfrich the CEO of the Starlight foundation about what he was looking forward to most for the evening and he replied, “600 kids and their families coming from hospitals around the area and giving them an escape.  It’s going to be amazing.”

The party got started around 6pm when CEO Chris Helfrich gave some opening remarks and thanked the sponsors of the event including Michael’s, Nintendo, and Northwestern Mutual.  He welcomed the Vice President of Michael’s who talked about how excited they were to be a part of the event.  Then in a special announcement, Helfrich revealed Starlight’s latest project, providing colorful and fun hospital gowns to children who are in the hospital.  He said that they hoped to see the gowns in hospitals across the country. Afterwards he introduced the first act of the night, up and coming band, Leftover Cuties.  The talented band played many fun songs while guests enjoyed the pastries and appetizers being served.

Next, the popular teen band Aussie Youth gave a performance along with Le Petit Cirque, the amazingly talented children’s circus that had been doing acts all night.  The attending children loved the brightly colored costumes and were excited to see the young band perform.

Upstairs everyone enjoyed the spooky Halloween crafts that Michael’s provided.  Children created everything from bracelets to frames for the photos from the photo booth.  There was also cookie decorating where kids designed their own cookies to take home.

Guests were also the first to experience the brand new Nintendo game, Mario Party Star Rush, in the gaming center.

The successful event brought many smiles to young faces.  Everyone had a good time showing support for such a worthy cause and getting into the Halloween spirit. 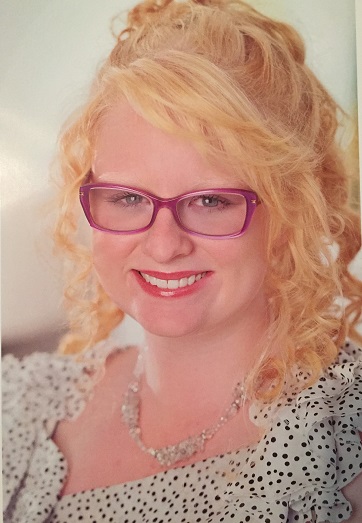 Hi, I’m Sierra and I’m a fashion and lifestyle blogger based in Los Angeles, CA. I love to write about new trends and share all the great things LA has to offer with the world on my blog. When I’m not blogging I am usually at the beach or continuing my quest to find all the best macaroons in Los Angeles. Follow my adventures on Instagram or Snapchat @cerisesdumatin