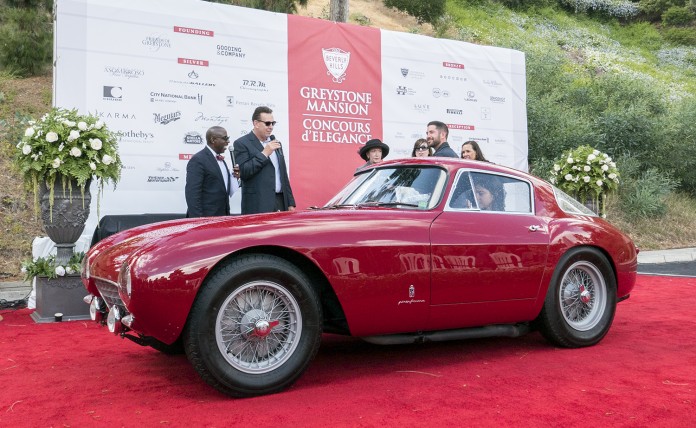 Beverly Hills, California – Yesterday’s Eighth Annual Greystone Mansion Concours d’Elegance in Beverly Hills surpassed record attendance despite threatening weather reports.  Possible thunderstorms did not deter thousands of automobile enthusiasts who enjoyed what turned out to be a beautiful day at the enchanted estate where a full complement of 125 vintage automobiles were on display in this year’s Concours field.  Best of Show Concours d’Elegance went to Stan Lucas for his 1929 Lincoln Aero-Phaeton; and, Best of Show Concours de Sport was awarded to A&A Premier Classics for their 1954 Ferrari 500 Mondial.  The Concours honored Ferrari’s 70th anniversary and Lincoln’s 100th anniversary.  Beverly Hills Mayor Lili Bosse selected the 1935 Adler Trumpf, Junior Sports Roadster.  “I was drawn to the classic style, yet sporty feel of the Adler,” said Mayor Lili Bosse.  “It felt chic and elegant and I was thrilled to learn it is owned by a woman.”

“The Greystone Mansion Concours is unlike most any other automotive events because it offers something for everyone. Each year the show highlights a variety of remarkable cars that are rarely seen by the public and features a completely new field of entries annually,” commented Concours Director Cindy Brynan. “This is the 8th year of the event and was easily our most successful ever. We had the honor of receiving the most applications we have ever had for potential exhibitors.  We ultimately showcased 125 world class cars and 10 motorcycles. We thank our attendees and gracious sponsors for all of their support.”

Greystone Mansion Concours d’Elegance Signature Awards are designed by local artist Richard Pietruska, whose sculptured awards capture the essence of speed and movement of exotic automobiles of the past as well as the present.  The forms are exaggerated and curved to dramatize the unique character and quality of each automobile as it flows through space.

The Greystone Mansion Concours d’Elegance was hosted by ABC7 television personality Dave Kunz and television host and automotive journalist, Donald Osborne.  The event is an annual fundraiser for the Friends of Greystone, a non-profit organization whose mission is the ongoing preservation and restoration of the estate, which is one of a handful of nationally registered historic landmarks in Southern California.

The 9th annual Greystone Mansion Concours d’Elegance is scheduled for Sunday, May 6, 2018 and occurs annually on the first Sunday of May. 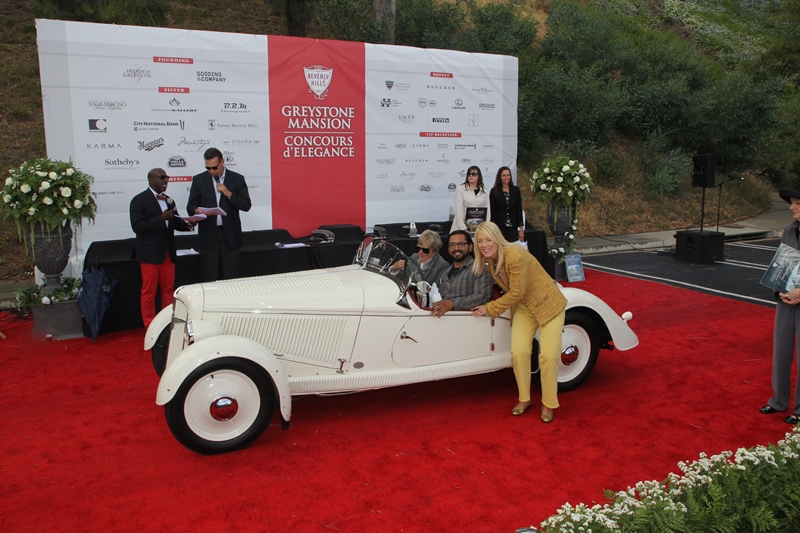