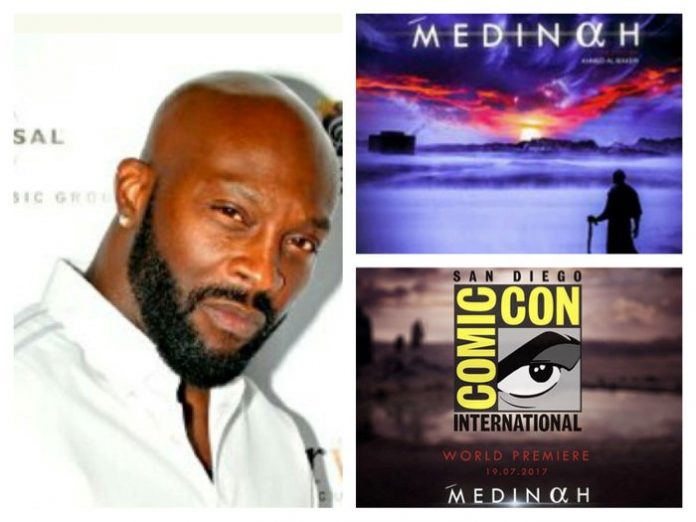 (Los Angeles) — Actor Ro Brooks, joins the cast of “Medinah”, the highly anticipated Sci-Fi/Drama TV series from the Middle East, will make its World Premiere at Comic Con in San Diego on July 20-23, 2017.

Ro Brooks plays a CIA agent (Malik Jackson) from the states, sent to investigate the disappearance of his partner. The talented cast is lead by Academy Award Nominee, Eric Roberts at the helm.

Created by Ahmed Al Baker, Medinah was filmed in Doha, Qatar. Medinah is a story that tells when a rocket launch goes awry, a group of strangers stuck in a cave in the desert trying to survive, while the corporation that launched the rocket attempts to figure out what went wrong.

Ro Brooks is best known for his role as Michael on Tyler Perry’s “The Haves and the Have Nots” on OWN, followed by BET’s “The New Edition Story”, 3 part Mini Series. Brooks has been a busy man for the last 2 decades, starting his acting career as a background extra on the set of Robert Townsends, Meteor Man.  Since then, Ro has gone on to work with other acclaimed directors such as Quentin Tarantino, Michael Bay, Simon West, Michael Mann and of coarse Tyler Perry.

Ro Brooks has added author to his resume, releasing his book “How To Go From Extra To Actor: The aspiring actor’s guide to stardom”. http://losangeles.cbslocal.com/video/category/news/3494222-actor-ro-brooks-offers-tips-for-those-trying-to-get-into-spotlight/

This talented actor moves quickly towards being one of Hollywood’s Leading Men.