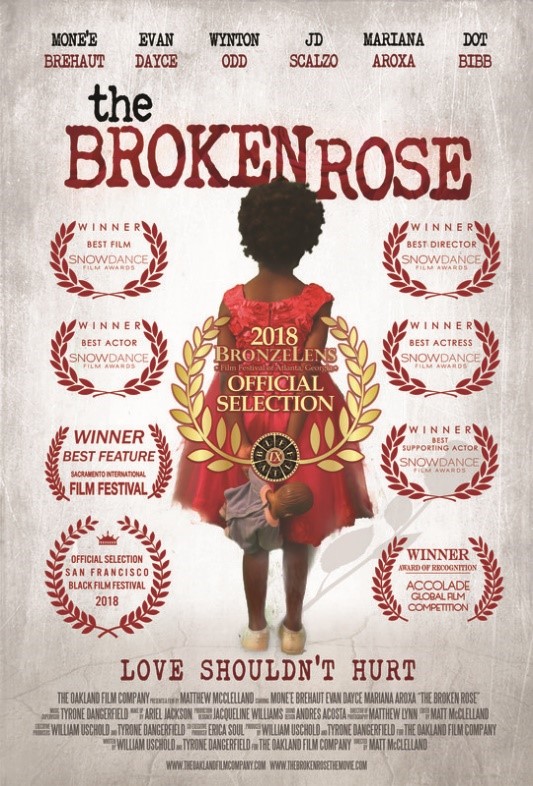 Long Beach, CA — Tickets for the Sat., Sept. 1 (6:30 p.m.), screening of Love Cecy, at the 5th Annual Long Beach Indie International Film Festival, sold out after being available for just a few hours. One of the world’s premier showcases for diverse filmed content, the four-day festival takes place TODAY (Thurs., Aug. 30) – Sun., Sept. 2, 2018, at the Cinemark at the Pike Theaters in Long Beach, CA and will screen more than 150 projects from across the globe.

Based on the true story of Cecilia Rios, a 15-year-old girl murdered by her boyfriend in Richmond, CA, in 1994, Love Cecy is now also available Sunday at 6 p.m. Written and directed by Jay Francisco Lopez and featuring a breakout performance from newcomer Angie Martinez Espinosa, Rios’ story sparked a wave of Mexican corrido song tributes.

Lopez, who was 9 years old when Rios was murdered in his hometown, remembered her story and set out to create a movie that provided viewers with more background on the beloved, intelligent young woman who aspired to become a lawyer. Rios’ parents, former boyfriend, best friends, old news reports and court documents helped Lopez conduct the research for the script. While the film that premiered at the New York International Latino Film Festival last October has been well received and won numerous awards, Lopez said having the support of Rios’ parents is what matters most. “After gaining the respect and love from her parents, that’s all I needed,” Lopez said. “Her mom said, ‘We loved the movie, Jay. It’s a little bit of everything. A little bit of laughter and a little bit of love’ because it’s also a love story.’’’

“This is the fastest-selling film we ever had at the film festival,” said Dr. Daniel E. Walker, Long Beach Indie International Film Festival CEO and Founder. The four-day event celebrates diverse content and content creators and features projects ranging from LGBTQ rights, human trafficking, and police brutality, to music, love, suspense, and animation. Long Beach Indie is a joint venture between Perfect Works Entertainment and the BLU Educational Foundation with KCETLink and the California Endowment serving as co-sponsors.

Dr. Walker discusses the festival’s impact. “Going into the fifth year of Long Beach Indie, I’m encouraged by the strides that we’ve made showcasing diverse content from around the world,” he said. “Given both the #MeToo and #OscarsSoWhite movements, we have continued to stay on the cutting edge by setting the bar for what Hollywood should be representing as opposed to simply reacting to its shortcomings. The Long Beach Indie International Film Festival is a part of a comprehensive strategy to bring real diversity to the entertainment industry. In addition to the festival happening this week, in the Spring of 2019 we will have our 5th Annual Film, Media & Music conference that connects communities of color to careers in arts, entertainment and digital media.” An internationally recognized scholar, artist, and social change agent, Walker was recently awarded an honorary doctorate from Claremont Graduate University for his global contributions to art, design, and innovation.

The six films and filmmakers featured on opening night reflect Long Beach Indie’s mission and impact. Dr. Nikita T. Hamilton, University of Southern California alumnus, embraces a narrative about a tragedy that brings two strangers together in Call Out Black. Maria Eriksson-Hecht, Stockholm Academy of Dramatic Arts graduate, chronicles a bond between two young brothers in Schoolyard Blues. Zoe Lubeck, former DePaul University student, tells the story of a 6-year-old who finds a dead bird and decides to throw an elaborate memorial in Funeral for a Bird. Xavier Neal-Burgin, University of Southern California film school graduate, examines the story of a single mother faced with a difficult decision when she’s late for a job interview in On Time. Javier Sanchez Jr., who studied film at Chapman University, captures the psyche of a depressed writer in Stuck, and University of Southern California’s Sohil Vaidya addresses modern-day slavery in Geeta. Walker will moderate a Q&A session with the featured filmmakers after their opening night screenings. “You can’t tell me that these talents and voices don’t exist,” Walker said. “They are everywhere if you just open your ears and listen.”

A highlight from Friday’s lineup includes Natalie Metzger’s Alone in the Game, a documentary on the inequality LGBTQ athletes face in professional, collegiate and high school sports and features former players from the NBA, NFL, MLS Cup and the Olympics who came out while they were in the pros. Metzer was the 2017 recipient of Long Beach Indie’s Dolores Huerta Award given to a woman making significant inroads in media and entertainment.

Among the more than 50 offerings playing alongside Love Cecy on Saturday include The Broken Rose, a dark drama about human trafficking in Oakland, CA, directed by Matt McClelland and starring Monee’ Brehaut and JD Scalzo and Deany Bean is Dead from Mikael Kreuzriegler, Associate Professor of Film Production at Loyola Marymount University’s School of Film and Television.

The Long Beach Indie International Film Festival is one of the world’s premier showcases for diverse filmed content. Since its inception in 2014, Long Beach Indie has screened more than 700 films from 50+ countries, drawn more than 10,000 attendees, received coverage from over 300 international media outlets, and drawn Oscar, Golden Globe, Emmy, Directors Guild of America, ALMA and NAACP Image Award winners and nominees as presenters. Its 2014 winner for best animated short (The Dam Keeper) was nominated for a 2015 Academy Award and more than half of Long Beach Indies features have gone on to gain national or international distribution.