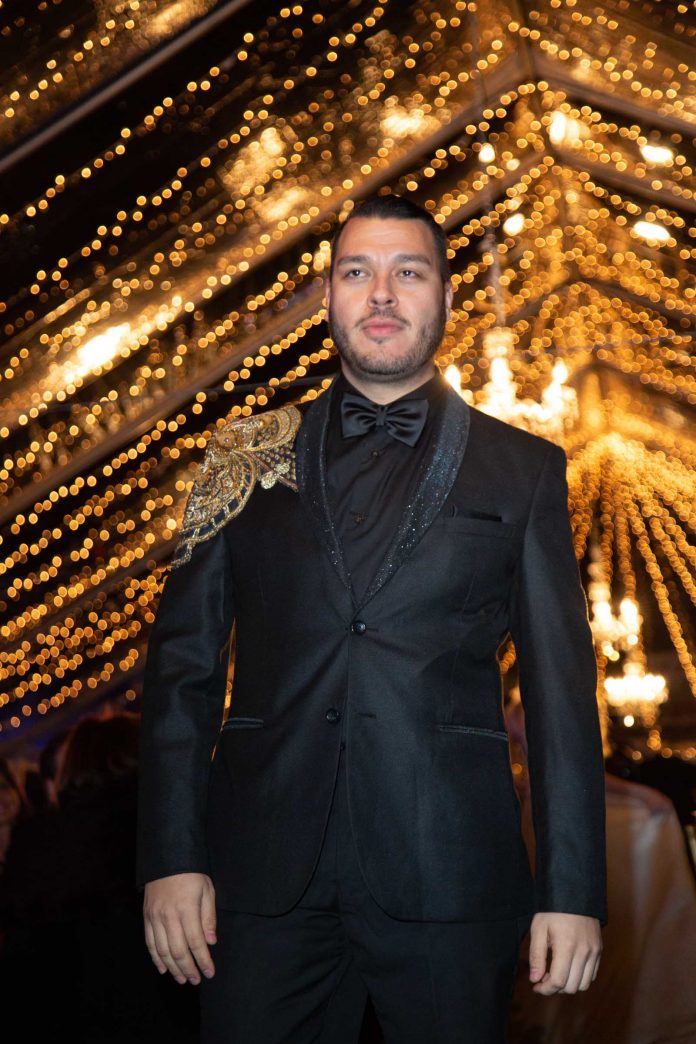 On February 24 Hollywood became the center of attention… probably for the whole world.

“I’ve just got here, it’s a beautiful night”, shared actor Wills Canaga. “I love Hollywood. I just came from Russia’- he said to HGM. Wills worked on a project in Moscow, Russia and was excited to go back to Hollywood right on time to witness the Oscars Night.

“I am a dance music artist. My influence is Lady Gaga”, shared singer/songwriter Jackie Nielsen who attended the red carpet that night. Jackie has recently debuted her new single Highway in Avalon nightclub. You can follow her on Instagram. She has another debut single coming up on March 15 which is a mix of Indie, pop and R&B.

Emmy winner Kim Estes shared some thoughts about the Oscars: he was hoping for Spike Lee and “other underdogs” to become tonight winners. Kim attended the event to support the good cause and charity. You might see him in the movie Underdog.

The evening also included spectacular haute couture fashion show presented by celebrity designer Adolfo Sanchez. He introduced his new SS19 Collection: “It’s a take on bold gowns, it’s a mixture of different inspirations: some of them are feminine, some are very Avant Garde, it’s very Oscar kind of fashion show. It’s one of the most glamorous red carpets and I wanted to bring the most glamorous fashion pieces. My pieces are very wearable, they are not super editorial; there is a lot of lace (used for the collection – LK), silk, a lot of beading and crystal hand work, just different mixture. The pieces will be available online soon. My clients are strong women, women who love to be unique and different”, – said the designer to HGM. Adolfo has a big upcoming project as well: the TV show on the CW called The Look: All Stars: “We are dressing all the contestants, the judges, the host – everybody”. He has multiple big projects he is working on right now.

You can check out his pieces at https://shop.adolfosanchezdesigns.com/.