Los Angeles, CA (September 27, 2016) – St. John’s Well Child and Family Center, creators of one of the largest transgender health programs in the country, is announcing the lineup of films and celebrity talent who will be featured at their first annual TransNation Festival. The event will raise funds for the Imperial Court of Los Angeles and Hollywood’s Nicole Murray Ramirez Scholarship Fund, and St. John’s Well Child and Family Center’s Transgender Health Program, which is an independent 501(c)3 community health center that serves one of the largest populations of transgender patients in the country with primary care, as well as socio-economic and social justice services.

On Saturday October 22, TransNation Festival will feature the 15th annual Queen USA transgender beauty pageant at The Theatre at the Ace Hotel in Downtown Los Angeles. The event will be emceed by Candis Cayne and Curly Velasquez, and will include performances by The Prancing Elites, Miss America 2016 Betty Cantrell and the Mariachi de Arcoiris de Los Angeles. The judges who will use their expertise in their respective fields to evaluate the contestants will include: Caitlyn Jenner, Geena Rocero, Angelica Ross, Alexandra Billings, iO Tillet Wright, Flawless Sabrina, Kelly Osbourne, Betty Cantrell, Gia Coppola, David Clark, Nikki Calabrese, City Commissioner Nicole Murray Ramirez, and Assistant Chief Beatrice M. Girmala of the L.A. Police Department. Contestants will compete in the categories of cocktail wear, swimsuit, evening wear and a question-and-answer portion, which will touch upon personal experiences as a transgender person, key issues facing the transgender community, identity, beauty, social responsibility, and activism.

Miss Major Griffin Gracy, Jill Soloway, and Tiq Milan will be honored during the festival for each of their individual contributions to transgender activism.

The Circle of Friends host committee for TransNation Festival includes:

On October 20, 21, and 23rd, the inaugural TransNation Film Festival, guest-curated and hosted by Zackary Drucker, will feature an eclectic program of the best new features and shorts, rare and underseen gems, and classic titles that reflect the trans experience.

Filmmakers, actors, and special guests present these works, including a sneak preview of the new film More Than T by Silas Howard, the Los Angeles premiere of the short Diane from the Moon starring Mya Taylor, the documentary MAJOR! about the life and times of transgender elder and activist Miss Major Griffin-Gracy, and a celebratory screening of the rarely-seen 1968 pageant documentary The Queen, with a special West Coast appearance from queer icon Flawless Sabrina. Tickets to the films range from $12-$14 and will be shown in the following schedule (subject to change):

St. John’s Well Child & Family Center is an independent 501(c)(3) community health center that serves patients of all ages through a network of Federally Qualified Health Centers and school-based clinics that span the breadth of Central and South Los Angeles and Compton. Their work goes far beyond the traditional healthcare model and in addition to providing a broad array of primary care services, they place a high priority on developing supportive services to address families’ educational, socio-economic, and mental health needs. St. John’s provides these services to many of the most under-represented populations in Los Angeles, including homeless, undocumented, and unaccompanied minor residents.

Several years ago, St. John’s Well Child & Family Center began developing the first transgender health care program, which is now one of the largest in the country and is the only to be designed and run by transgender people. While it is the largest and most effective in the country, it is estimated that there are still more than 30,000 transgender individuals in Los Angeles that don’t have access to these services, many of whom seek alternative methods like obtaining hormones at the swap meet, not under the care of a physician. TransNation was designed as a fundraiser to bring these vital services to a larger population in Los Angeles and beyond.

More information and tickets for the beauty pageant and film festival are available at www.transnationfestival.org.

St. John’s Well Child and Family Center is an independent, non-profit community health center founded in 1964 with clinics covering the areas of Central and South Los Angeles and Compton. St. John’s Well Child and Family Center services patients of all ages through a network of health centers to eliminate health disparities and foster community wellbeing by providing and promoting the highest quality care in South Los Angeles. Learn more at www.wellchild.org.

When Stars Align From Tokyo To Hollywood At Project Angel Food... 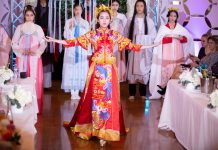 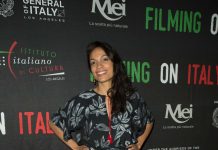 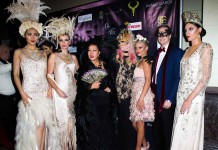 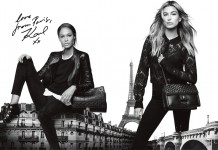