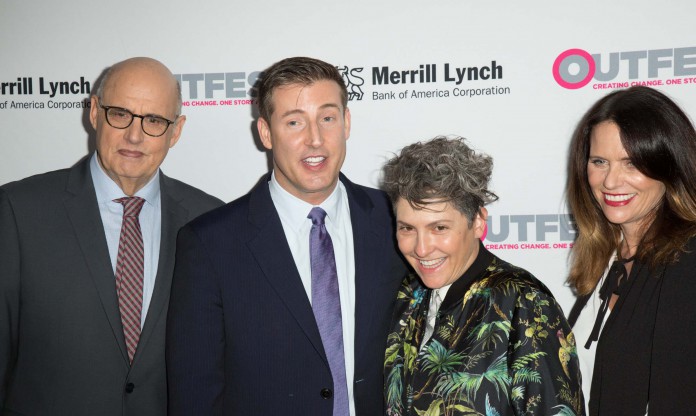 Not a surprise that Emmy award winner Jill Soloway (Transparent) received The 12th Annual Outfest Legacy Awards. The event took place on October 23rd at Vibiana, Los Angeles. Jill was honored this award for her dedication to LGBT community.

“I am a hundred percent with her”, – said The Fosters’ creator Peter Paige about Jill. He also mentioned he was “super proud” about his show The Fosters. “If you work really hard, have an incredible cast and great support from the network, and it’s just a traditional family drama about a non-traditional family”, – he explained the success of the show.

“I love that we are celebrating our show tonight, – said The Fosters’ actress Sherri Saum. “We have all the same struggles, but at the end of the day it’s all about the reality, packing the lunches, the stress for school, all the stuff we can relate to, and that’s why people love our show”.

The Fosters is a family drama television series about lesbian couple raising five kids. The show started back in 2013 and already received several  GLAAD Media Awards and Teen Choice Award.

“This is another level of class, it’s a celebration of acceptance”, – said actor and singer Samuel Larsen about the event.

After the red carpet, all guests proceeded inside Vibiana where the Awards took place.