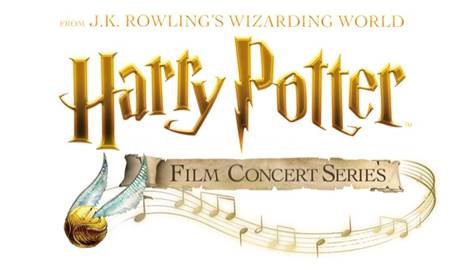 MIAMI, FL January 23, 2017 – The Adrienne Arsht Center for the Performing Arts of Miami-Dade County is proud to present the South Florida premiere of Harry Potter and The Sorcerer’s Stone in Concert as part of The Harry Potter Film Concert Series. The concert will feature a live symphony orchestra performing to picture, every note from Harry Potter and the Sorcerer’s Stone. Audiences will be able to relive the magic of the film in high-definition on a 40-foot screen while hearing the orchestra perform John Williams’ unforgettable score at the Center’s John S. and James L. Knight Concert Hall on June 10 at 2 p.m. and 8 p.m. Tickets to Harry Potter and The Sorcerer’s Stone in Concert are $39, $59, $89 & $105*. Tickets will be available to Arsht Center Culturist members on January 23 and to the general public on January 27. Tickets may be purchased through the Adrienne Arsht Center Box Office by calling (305) 949-6722, or online at www.arshtcenter.org. CineConcerts and Warner Bros. Consumer Products announced the Harry Potter Film Concert Series, a new global concert tour celebrating the Harry Potter films, last year. The Harry Potter Film Concert that kicked off in June 2016 is another magical experience from J.K. Rowling’s Wizarding World. Justin Freer, President of CineConcerts and Producer/Conductor of the Harry Potter Film Concert Series explains, “The Harry Potter film series is one of those once-in-a-lifetime cultural phenomena that continues to delight millions of fans around the world. It is with great pleasure that we introduce for the first time ever an opportunity to experience the award-winning music scores played live by a symphony orchestra, all while the beloved film is simultaneously projected onto the big screen. It will be an unforgettable event.” Brady Beaubien of CineConcerts and Concert Producer for the Harry Potter Film Concert Series added, “Harry Potter is synonymous with excitement around the entire world and we hope that by performing this incredible music with the full movie, audiences will enjoy returning to this world, and to the many wonderful characters and adventures that inhabit it.” CineConcerts is one of the leading producers of live music experiences performed with visual media. Founded by producer/conductor Justin Freer and producer/writer Brady Beaubien, CineConcerts has engaged millions of people worldwide in concert presentations that redefine the evolution of live experience. Recent and current live concert experiences include Gladiator, The Godfather, It’s a Wonderful Life, DreamWorks Animation In Concert, Star Trek: The Ultimate Voyage 50th Anniversary Concert Tour, and Breakfast at Tiffany’s. Justin Freer has quickly become one of the most sought-after conductors of film music with a long list of full symphonic live to projection projects. He has appeared with some of the world’s leading orchestras including the Chicago Symphony Orchestra, London Philharmonic Orchestra, New York Philharmonic, Philadelphia Orchestra, Philharmonia Orchestra, San Francisco Symphony and Sydney Symphony Orchestra. From full-length movie screenings with live orchestra to music-interactive sporting event experiences to original 3D-environment holiday programming, CineConcerts is at the forefront of live entertainment. For more information on the Harry Potter Film Concert Series, please visit www.harrypotterinconcert.com.