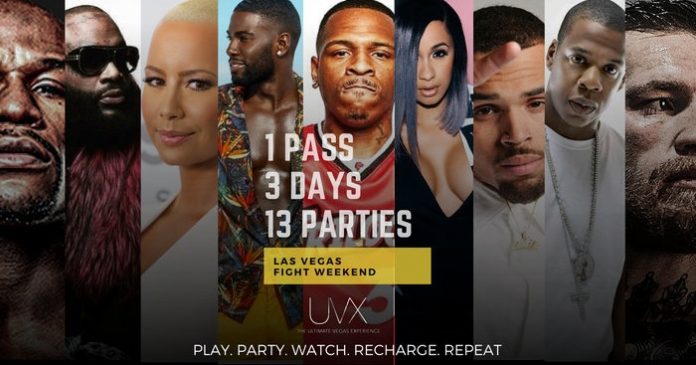 Las Vegas, NV – LasVegasLyfe.com presents The Big Fight Celebrity Weekend in Las Vegas, The Ultimate Vegas Experience Weekend happening in Las Vegas on August 25 – 27, 2017 sponsored by National Hotels Association and Maserati.  UVX offers over 13 VIP parties and events spread out over 3 Days with 1 pass in addition to a BRUNCH party at LAVO in the Palazzo Hotel then on to the Tao Beach Party.  Also, Golf With The Stars, tournament at Top Golf.

On Saturday, August 26, UVX will host an exclusive private event for celebrities and VIP’s on fight night, with top performances and DJs from across the world. This Red Carpet event will take place at 6pm with Premium Bar and hors d’oeuvre in the VIP and Celebrity Lounge. [Location will be sent with confirmation.]

On Sunday, August 27th, you can attend the Golf with the Stars Tournament at Top Golf, hit the Pool Crawl, or have brunch at Palazzo’s LAVO. UVX Club Crawl to MGM’s Level Up, New York New York’s Coyote or Mandalay Bay’s Foundation Room. Recharge and head over to Hakkasan inside the MGM for the finale. 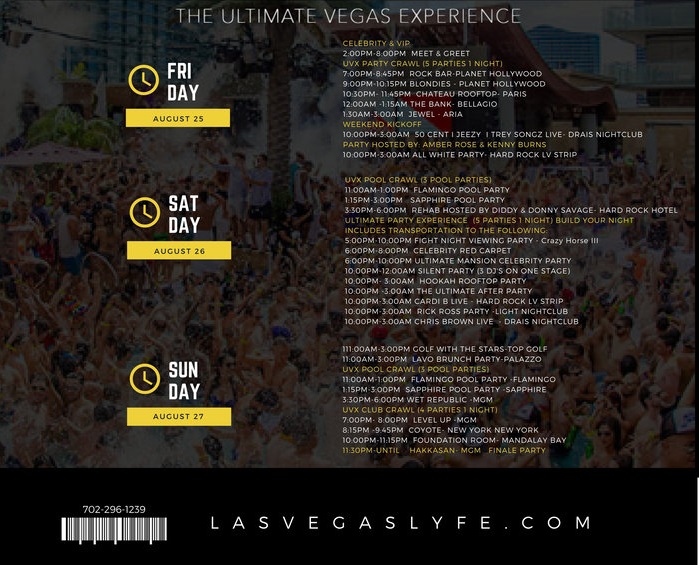