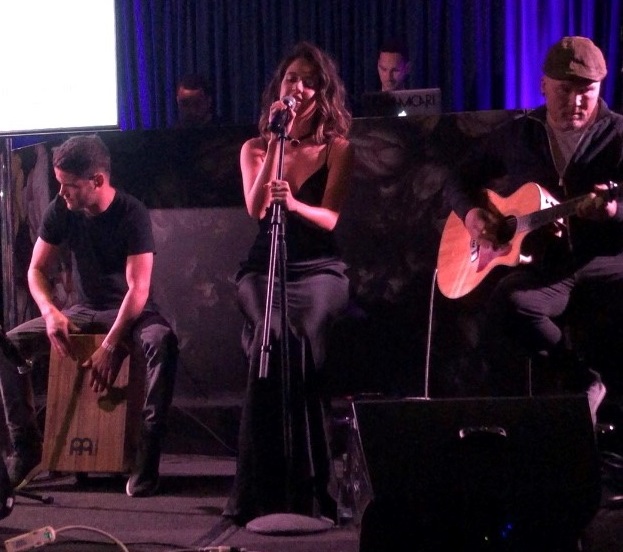 It’s the season of giving and this year Child Help held an amazing fundraising event at the Sofitel Hotel in Beverly Hills filled with stars from music, TV, and film. The night celebrated Hollywood heroes with special performances by Laura Marano and Jake Miller. Other stars turned out for the red carpet including Tom Schwartz of VanderPump Rules, Chelsea Kane of Baby Daddy, Ava Cantrell of Young Sheldon and many more!

Hollywood glam magazine got an exclusive interview with Laura Marano where she spilled about all her latest projects and her brand new single Me which came out on October 5th. She performed the song live for the first time to the lucky audience members at the intimate event. The crowd loved the performance and it really kicked off the night. Laura talked about her single on the red carpet saying, “When I heard about this event and child help I was like yes, yes yes. I love kids and I just don’t think any child deserves to have less than an extraordinary life and unfortunately around the world that’s not true. I read the scariest statistic that a child gets abused every 10 seconds that’s nuts that’s insane and that shouldn’t happen so I’m really excited to be here tonight.  I’m performing my new single which I just released independently which is amazing and nuts and terrifying and exciting. I have just been so excited about the reaction and recently hit 1 million views on Youtube which was a huge milestone for me coming as an independent artist. I have more music coming out and we just filmed the new music video for my next single yesterday! Man what day is it?!”

The busy star never stops and also shared more details of her upcoming projects saying, “I also have three movies coming out next year. I produced a movie and my mom and my sister and I starred in it and that’s coming out summer 2019!”

She also gave the deets on her amazing look to Hollywood Glam. The singer had on a long slim fitting black dress that gave off a sort of old Hollywood glam crossed with Edith Piaf style and was the perfect look for the Hollywood heroes themed night. She said, “I’m wearing Rachel Zoe and she’s actually one of the sponsors of the event and I’m wearing YSL jewelry.”

The fundraiser was successful and ChildHelp met their goal of raising $5,000 to donate to their children’s village for victims of domestic abuse and neglect.

The event closed with a performance by up and coming star Jake Miller who performed several of his most popular hits for the crowd.

He told the audience, “I wrote all the beats myself and spent all of 2017 learning how to do everything myself. My advice to everyone is to always act like the CEO of whatever you’re doing.”

The event was definitely a success and everyone had a great time helping such a great cause. 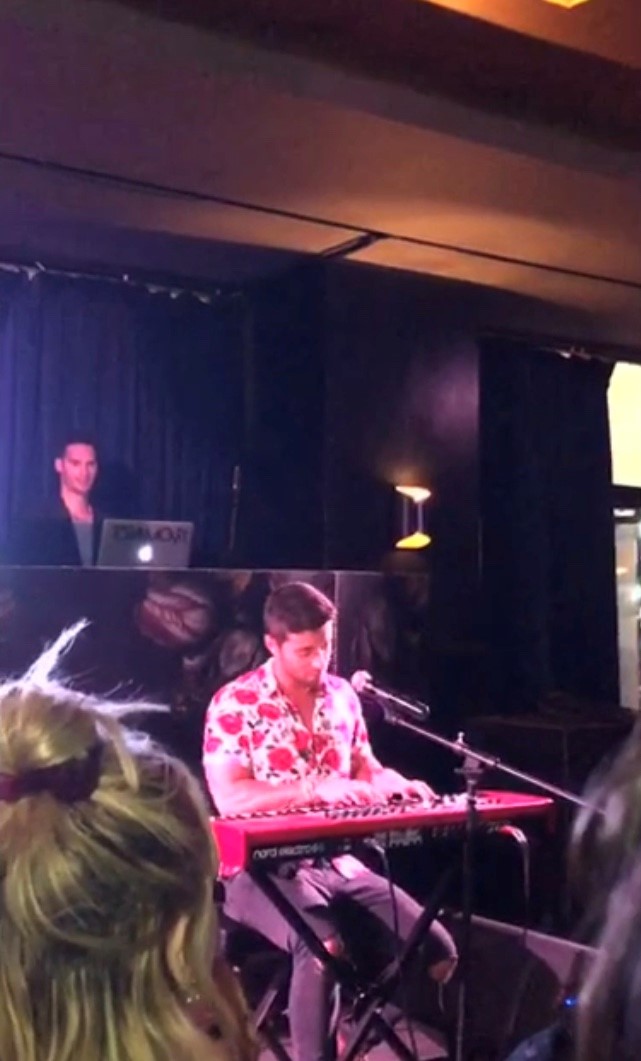