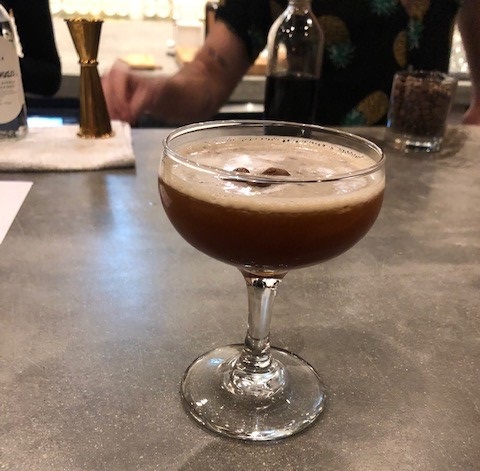 On Wednesday February 6th Our Vodka celebrated the opening of their DTLA brewery in the Arts District with an amazing party and some signature cocktails. The brand has several locations around the world but LA is their newest venture. According to Rupert, one of the Our Vodka LA reps they chose downtown LA over other popular party neighborhoods like Santa Monica or Hollywood because “The arts district is an up and coming neighborhood and DTLA is getting a lot of trendy boutiques and the new Soho house just opened up down the street. We wanted to choose somewhere close to the art scene and we got lucky that this whole area started to explode.”

The party kicked off with tasters of the brand’s signature vodka including their version of an Old Fashioned as well as specialty creations like their espresso martini. Everyone enjoyed the drinks as well as the delicious food truck outside while the party got going. Then Hollywood Glam Magazine got an exclusive tour of the distillery where reps explained the unique fermentation process, they use and showed off their custom equipment. The vodka is only distilled once, however their custom distillery has a special shape which also affects the flavor and each batch is carefully monitored for quality and flavor.

Our Vodka got it’s start in Berlin then quickly grew in popularity opening up locations in London and Stockholm before coming to America. Their first stop in the US was New York City and that distillery has some very unique history. It is the first distillery to open in the city since the prohibition. Our Vodka is all about creating unique experiences and flavors inspired by the culture around them. That’s why each city has its own unique flavors created specifically for that locale. No two drinks are alike whether you’re in London or Detroit you’ll find an array of combinations to explore. Our Vodka uses varying ingredients like wheat and potatoes that are locally sourced in order to create the best flavors for each city. One thing that is consistent across the brand though is the quality and the wheat that they use which comes from Sweden.

LA definitely has its own unique culture and the crowd as well as the vodka embodied the west coast lifestyle perfectly.