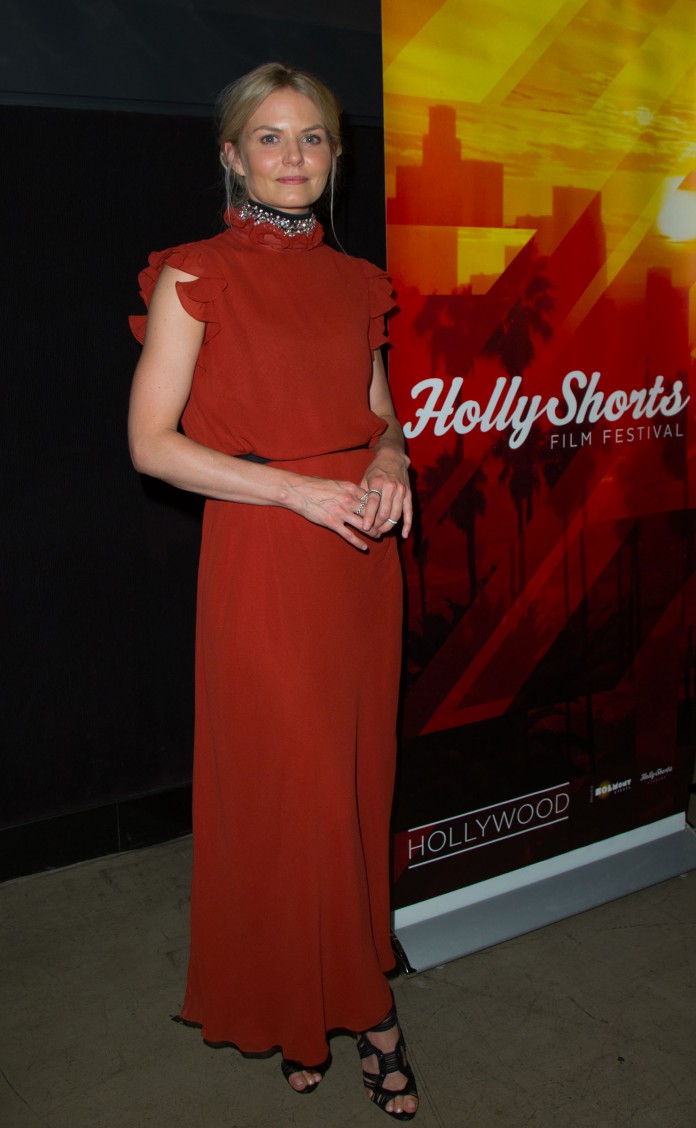 “I feel really lucky and I also look at it as something I wanna live up to. I will continue growing as an artist and as a director”, – said famous actress and film director Jennifer Morrison about being honored with the 2016 HollyShorts Trailblazer Award for her new film Wild Wild Horses.

“It was wonderful. I felt really lucky because Warning Labels, my first short film, was actually shown at HollyShorts last year. It was kind of evolution from starting directing short films. The band’s manager (Wild Wild Horses band – LK) had actually seen my film and showed it to the band and they liked it. So, they came to me asking if I could picture the concept for them to have sort of four music videos we could put together that would make one film. What you are seeing tonight is one longer film that consists of four separate films. I love being a director; I feel it’s been a natural evolution in my career and in my life”, – revealed actress and film director Jennifer Morrison to HGM. Jennifer had a great collaboration with Wild Wild Horses band, her new short film received the 2016 HollyShorts Trailblazer Award presented by Women in Film.

Here are more details on what to expect during the HollyShorts Film Festival that takes place August 11-20th at the TCL Chinese Theater and other locations throughout Hollywood. Below is the complete opening night lineup. A limited number of tickets are still available for purchase at HollyShorts.com.

Drama/Comedy Mildred & The Dying Parlor by Alexander H. Gayner. The film stars Zosia Mamet (The Kids Are Alright), Jane Krakowski (30 Rock), Steve Buscemi, Evan Jonigkeit (X-Men: Days of Future Past). In the short,  Mildred’s parents run a dying parlor out of their home. Today’s client is not who she expects.

Out of the Village by Jonathan Stein. Shot in West Africa with a local cast and crew, Out of the Villageexplores the social and cultural impact of the Ebola epidemic from the perspective of an orphaned brother and his sister. It stars Abraham Attah (Beasts of No Nation) and is Executive Produced by Bryan Singer (X-Men).

So Good To See You by Duke Merriman is a dark comedy starring Sienna Miller, Janie Brookshire (So Good to See You), Patrick Kennedy (Atonement), George Merrick (The Intern). The short tells the story of a dinner party that goes painfully sour in this darkly comic take on the dual realities of friendship.

Jennifer Morrison’s Wild Wild Horses, which she directed and stars along with Rose McIver (iZombie) and Geoff Stults (7th Heaven). During the gala, Morrison will be honored with the 2016 HollyShorts Trailblazer Award presented by Women in Film.  Jane Fleming will present Morrison with the Award.